As a proactive, community-oriented policing agency, the Fitchburg Police Department is actively working to examine and implement the use of body-worn video cameras by officers.  This process is part of our commitment to effectively utilize available technology and identified best practices to increase community trust and legitimacy through increased transparency and accountability.


What is a body-worn camera?


A body-worn camera (BWC) is a small, battery powered device, worn on an officer's chest. BWCs are able to record video, audio and still images.

Why is the Fitchburg Police Department interesting in using body-worn cameras?

The Fitchburg Police Department firmly believes in transparency and accountability in order to build and maintain community trust and legitimacy. The department has utilized video cameras in squad cars and Tasers for many years and believes body-worn cameras will complement existing technology and community policing efforts to further build trust and legitimacy.

Body-worn camera use has been identified in both national and local reports on modern policing as a means to improve policing as it relates to transparency, accountability and trust. You can read more about the President's Task Force on 21st Century Policing and the United Way of Dane County Special Community/Police Task Force reports below.

What has the Fitchburg Police Department done to explore the use of body-worn cameras?

Funding for the body-worn camera project was allocated by the Fitchburg City Council in late 2015. In early 2016, a committee comprised of supervisory staff and officers was formed to examine body-worn camera technology and policy. The committee reviewed best practices and policies from around the country.

In October 2016, the committee held a series of community listening sessions to share their work with the community and to solicit feedback regarding the program. You can learn more about these sessions below.

The department hopes to deploy body-worn cameras in the field in early 2018.

What will officers record with their body-worn cameras?*

Officers will record all contacts with citizens while performing their official duties. In other words, if an officer responds to a call, makes a traffic stop or is performing a law enforcement related task, they will be recording the event.  You can view the entire draft policy below.

Where will officers be allowed to record?*


Officers will record their official duties in public areas and areas held for public use (i.e. a business open to the public). If an officer is in an area with an expectation of privacy (a residence), they will ask for consent to record absent of certain circumstances (i.e. they are about to make an arrest or they believe a crime was committed).

Officers will not record in schools or medical-treatment facilities unless certain circumstances are present.

How will I know if I am being recorded?*

Once the body-worn cameras are deployed in the field (following public notification) and you are in a public place or place held for public use, you should assume you are being recorded. If you are in an area with an expectation of privacy (your home), officers will notify you of the recording as soon as it is safe to do so.

What if I don't want to be recorded?*


Officers are required to record all interactions with citizens while they are performing their duties if they are in a public place or place held for public use. If an officer asks you for consent to record in a private residence you may ask the officer(s) to stop recording if you have authority over the private area.

Can I review a recording I am in?


Body-worn camera footage is currently subject to Wisconsin Public Records Laws. A request to receive a copy of the footage can be submitted as with any other police record. Citizens will not be able/allowed to view footage at the scene of an incident.

How long will recordings be retained?*

Video recordings that do not have evidentiary value will be retained for 180 days.

Can the recordings be manipulated or edited?

The original recordings are protected against manipulation and editing. Officers can only view or copy the recording.

If an officer accidentally records an event (i.e. it records in a restroom or while on break) they can submit a written request to the Chief for review and consideration to be deleted. All deleted files will be logged.

The Fitchburg Police Department has reviewed both reports along with their recommendations. Because the United Way report was a collaboration of local leaders and law enforcement, the department has focused our efforts on examining our progress as it relates to the recommendations of the report.

Many of the recommendations in the report were either already standard practice or policy, such as the use of squad car video cameras, and several other recommendations were already under consideration. Body-worn cameras are discussed and recommended within the United Way Task Force Report. 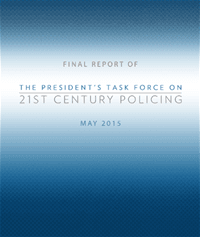 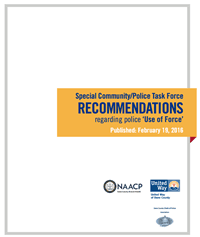 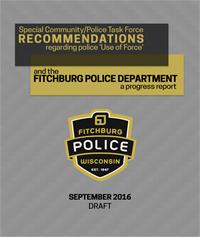 The body-worn camera committee held a series of community listening sessions in October to: 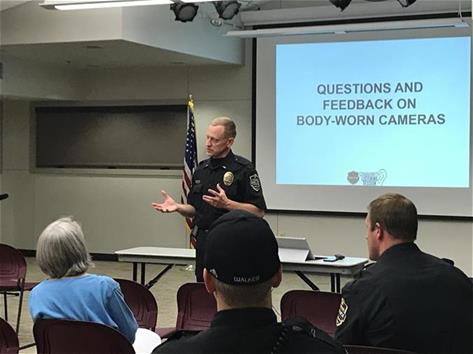 If you were unable to attend a listening session you can:

In an effort to streamline other policies regarding in-car video and video recording at the police department, the body worn camera policy has been incorporated into one policy covering all video recording.


Funding for the Fitchburg Police Department's body-worn camera program was allocated by the Fitchburg City Council in 2015. In the fall of 2016, the department was awarded a grant by the United States Department of Justice Office of Justice Programs to partially fund the program. As a recipient of the grant, the department will  receive advisory assistance from a panel of national experts in the field of body-worn cameras. This assistance includes a review of the draft policy.


Training and use of the body-worn cameras in the field is anticipated to begin in early 2018.