What are invasive species?

They are officially defined by state statute as "nonindigenous species whose introduction causes or is likely to cause economic or environmental harm or harm to human health." In other words, they are non-native animals, plants and pathogens that alter terrestrial, aquatic and wetland ecosystems by rapidly taking over a new location and outcompeting native species (Wisconsin Department of Natural Resources, 2012). Learn more

A majority of the invasive plants in Wisconsin inflicting damage to terrestrial and wetland areas, such as honeysuckles and purple loosestrife, are native to Europe and Asia. Hardy in our climate, these Eurasian invasives were introduced to North America primarily as landscape ornamental plants. However, note that there are weedy native plant species that have invasive characteristics and can become a nuisance in certain landscapes. For example, box elder is native to Wisconsin and has become a common invader of upland sites, especially fencerows. Likewise, common cattail is native to Wisconsin but has taken over wetland areas harmed by human activity. Weedy invasives in Wisconsin also include trees like black locust and other plants native to regions of North America outside of the state that were introduced here for various practical reasons. Black locust, which is native to the Ozarks and southern Appalachians, was planted to help control soil erosion but has invaded natural areas in urban parklands.


Why should we care?

Invasive species take a toll on the landscape, economy, public health and recreation. For example, wild parsnip can cause burning and blistering of the skin. Invasives grow quickly, invading adjacent woodlands, natural areas and landscaped areas, outcompeting desirable native species and negatively affecting wildlife habitat. Billions of dollars are spent each year in the United States on the control of invasive species (Wisconsin Department of Natural Resources, 2012). Learn more

This regulation (Wis. Adm. Code Chapter NR 40) makes it illegal for anyone to possess, introduce, transport or transfer select invasive species in Wisconsin without a permit. NR 40 classifies invasive species as “prohibited” or “restricted” and provides preventive measures to slow their spread. Learn more

There are simple steps you can take to prevent the spread of invasive species into new areas. Learn more.

Get familiar with invasives in your area and play a role in controlling them on the landscape. Control programs may include hand-pulling, cutting, mowing, prescribed fire, chemical application, biocontrol, grazing animals and planting of native species. Using a combination of preventive and control methods is often more effective. In a few instances, such as with purple loosestrife in Wisconsin, biocontrols (insects and other organisms that live alongside and feed on or infect invasive plants in their native habitats) have proven effective.

Here are some common invasives you might find on your property and want to consider controlling: 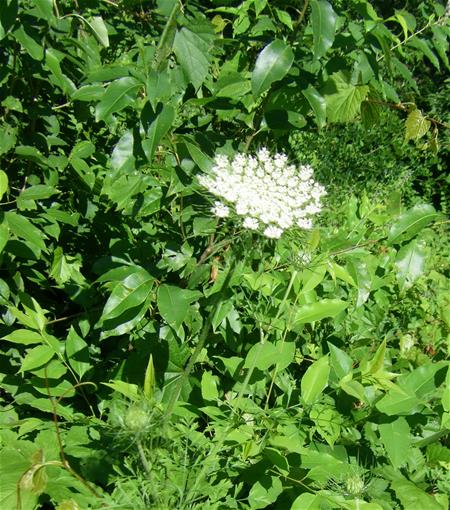 Report an invasive species in your area.  Early reports of new populations allow for more rapid response before they spread.